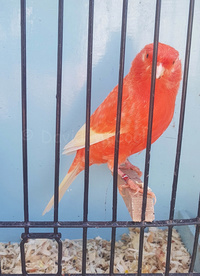 post your photos here,use this section to learn all about clear yellows and yellow ivory birds.
Guest

A few pics of birds coming through the moult, getting on with it a bit now. Non Intensive cock's. I find yellow Ivories very odd birds 'on camera' the colour rarely seems to come up "right" in the image & the feather type isn't always clear, even though it is obvious to the 'eye'? Probably down to the lighting - or the photographer

Heads, necks & 'bloom' still to do, hopefully get some better pics as time goes on & Edit this post accordingly....
Edited with updated pics 17.09

nice looking birds , would be good to see a lot more clear golds /ivories on the show bench as a good bird is really stunning .
Red devil

Richard E wrote:nice looking birds , would be good to see a lot more clear golds /ivories on the show bench as a good bird is really stunning .

Yes disappointing numbers at All Colour Show last year, be great to see 20 plus in each class as you all state lovely mutation!!
Guest

All non-intensive cocks, I think Red - camera trick on a different exposure level. I 'appear' to have a split across the genders of N/Int cocks & Int hens. Four cocks, 4 hens + the 3 R/W's, two of which may be R/W Ivory hens. Hens are 100% Intensive's - no doubt, cocks - well, 3 are, what in Border terms I would describe as 'hot' (lightly frosted) buffs, the other one is more 'typical'. Researching around the 'Web'....Skyrock......Gold Ivories are being shown at World Shows & at top Colour Shows 'over there' in "Semi-Intensive" classes. Clearly defined 'hot buffs' in between Intensif & Schimmel. I don't now think mine are coming out 'as' that, but I think they could do with some good 'defined' frosted feather going into them.

Getting the colour right - for me - will be an issue, especially with so little to compare them to, here. I haven't actally got a very good eye for colour

, but I am working on it

& he is a very highly coloured, intensive bird. One N/Int. hen also originates from Belgium - you would probably know the birds - she is very 'pale', & soft feathered.

At the moment, given the quality of those birds, now 'gaining years', all I can do is aim for where they are on the Colour "chart" & see how they get on if/when they come to the 'Bench' under a Judge who has 'the eye'.

I recall showing an Ivory hen a few years ago & doing quite well with it....but everybody who knew anything about anything said it was "carp"

.....although the Judge obviously didn't think so

Feeding will take some sorting - lots of 'new' ideas out there ?.....interesting finding, previously 'pale' lemon Yellow Lipo 'adult' hen moulting out with two N/Int Ivory hens. All in the same cage together since before they dropped a feather, all fed the same, all managed the same. The Ivories have come through typically pale Ivory, she has gone "orange" !
Whatever has 'affected' her colour hasn't touched the Ivories as they are all on the same food - young & old, but if I had been feeding Yellow Lipos that way & they had all gone 'orange' I'd be in the mire.
Food for thought.....
Red devil

Have you been feeding raw carrot as this was used in years gone by to colour red factors.
but there is a colouring agent some where in your regime.
Guest

Red devil wrote:Have you been feeding raw carrot as this was used in years gone by to colour red factors.
but there is a colouring agent some where in your regime.

......learning by experience is the best way

Interesting that it has, to all intents & purposes made not a blind bit of difference to the colour of the Ivories, despite expectations that it might ? if it is the carrot that has induced the change.

My egg-food / rearing food / moulting diet has a medium grated carrot in it - along with crushed Petit Pois, a grated apple......+ the dry eggfood & Horse ! food

Hatched 80, reared 80 on it, so I'm loathe to 'mess' with it unduly but if the 'yellow lipo's come off, as hoped for next year, I'm going to have to have a serious rethink

.
It gets 'parted out' for the Lizards anyway because I feed my Caro via the eggfood ( & no, there haven't been any accidents

) but I propose to take some advice from Belgium if all goes to plan, re. feeding for colour, as opposed hopefully, to colour feeding.
panmakr 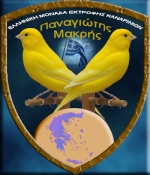 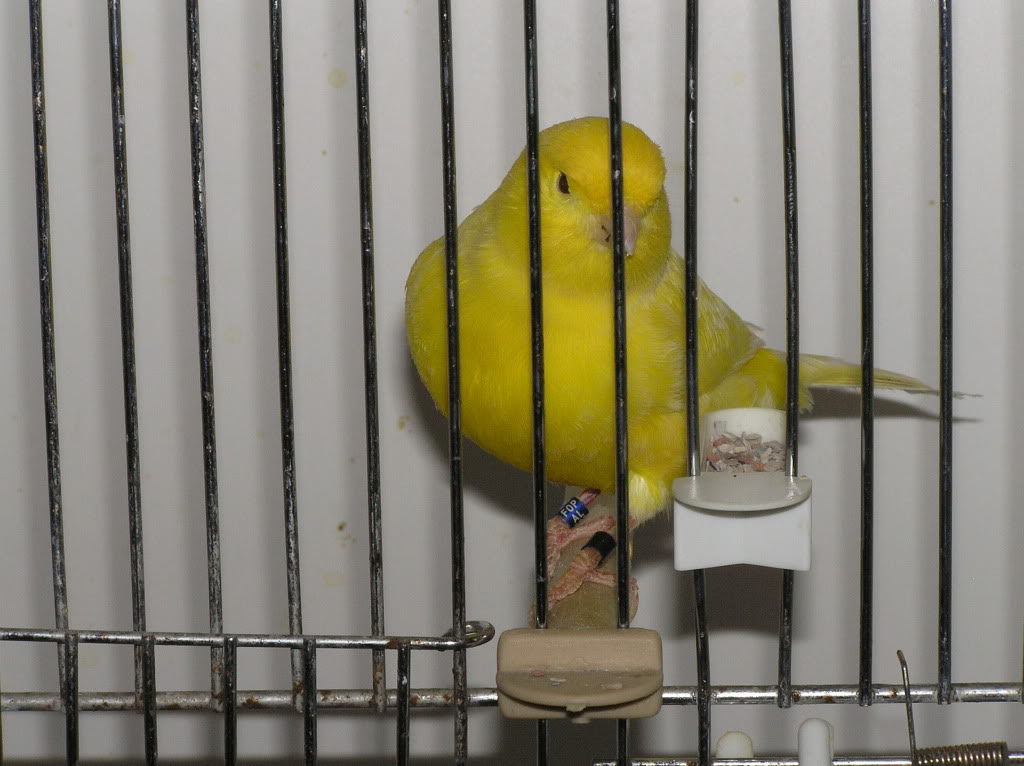 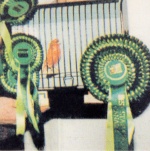 The same make up as the red ivory, only yellow ground colour
Sponsored content